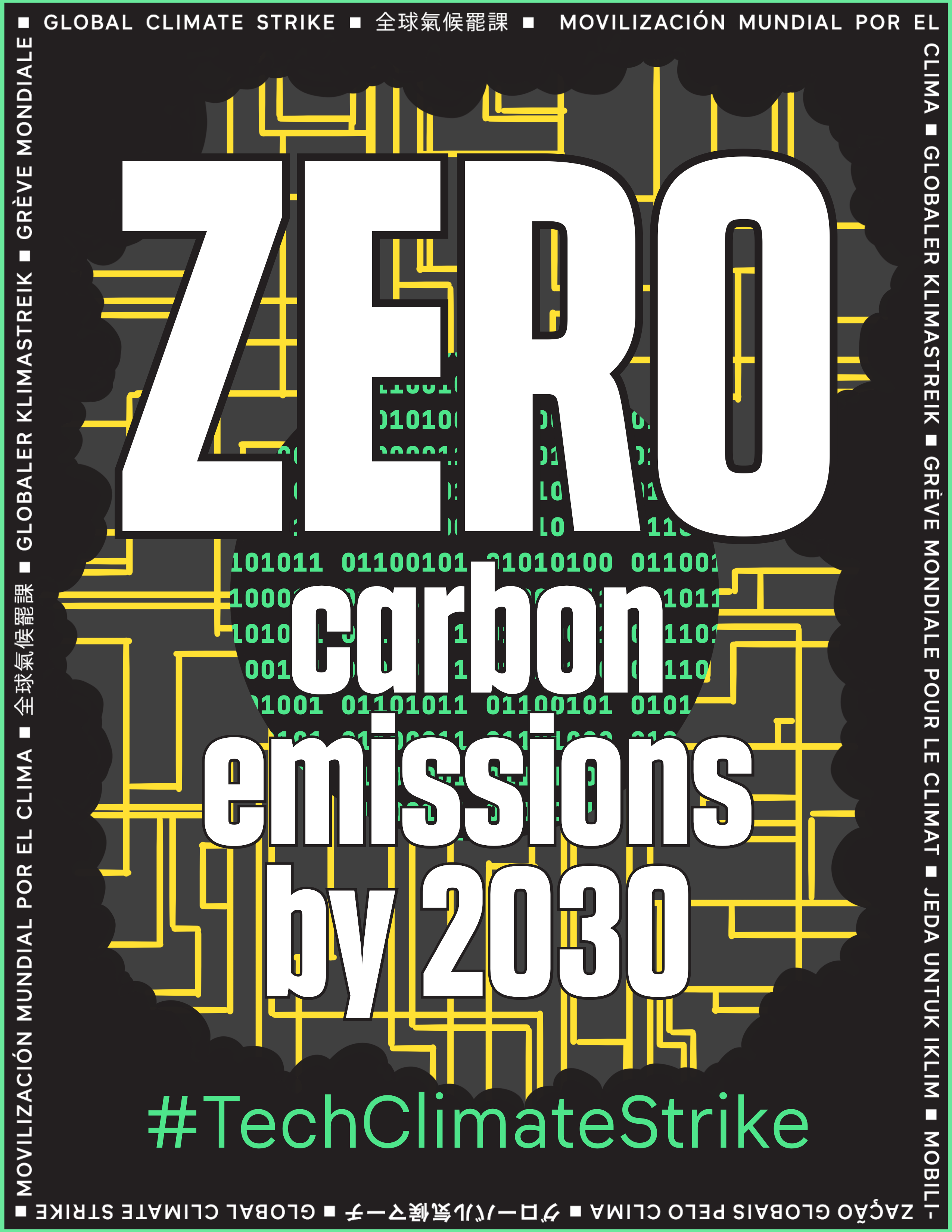 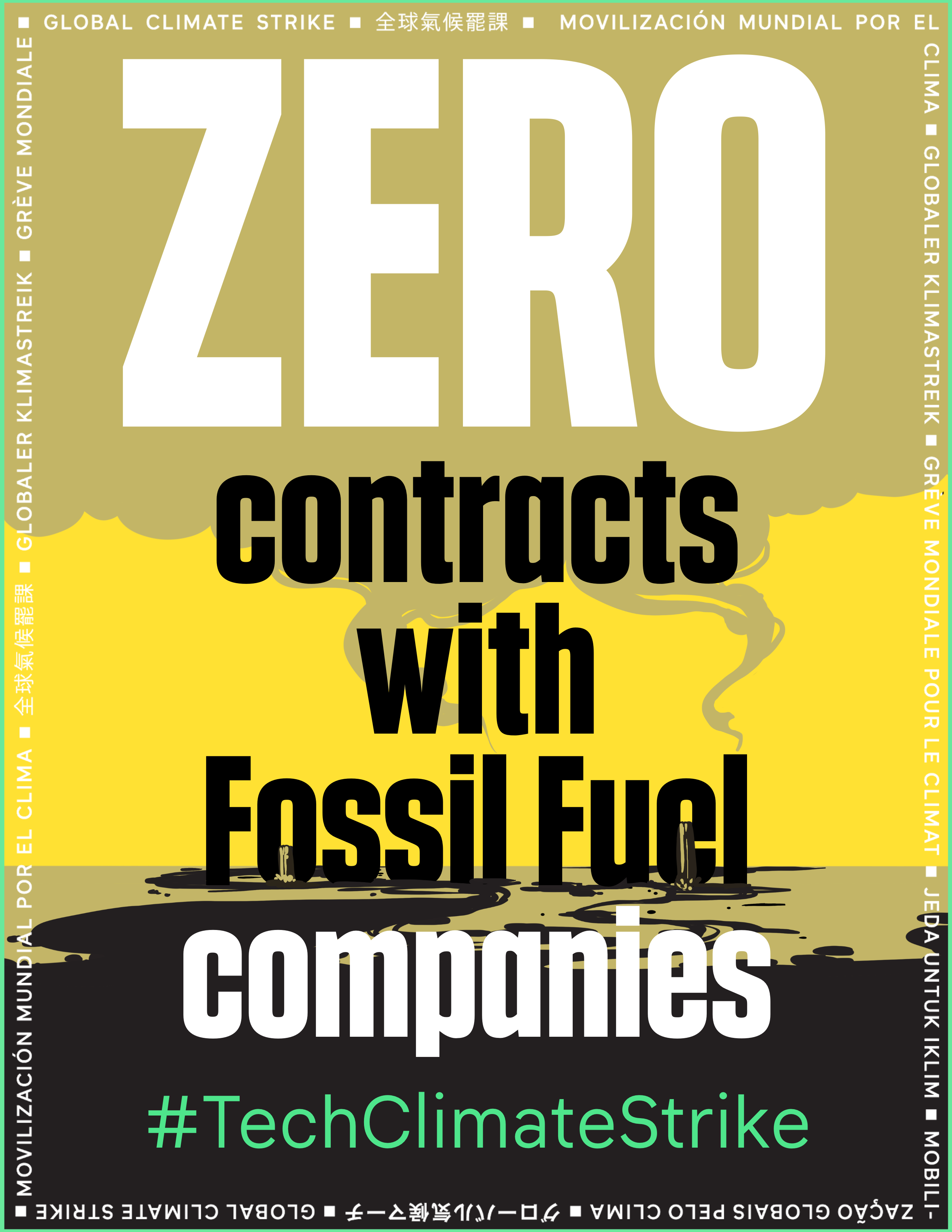 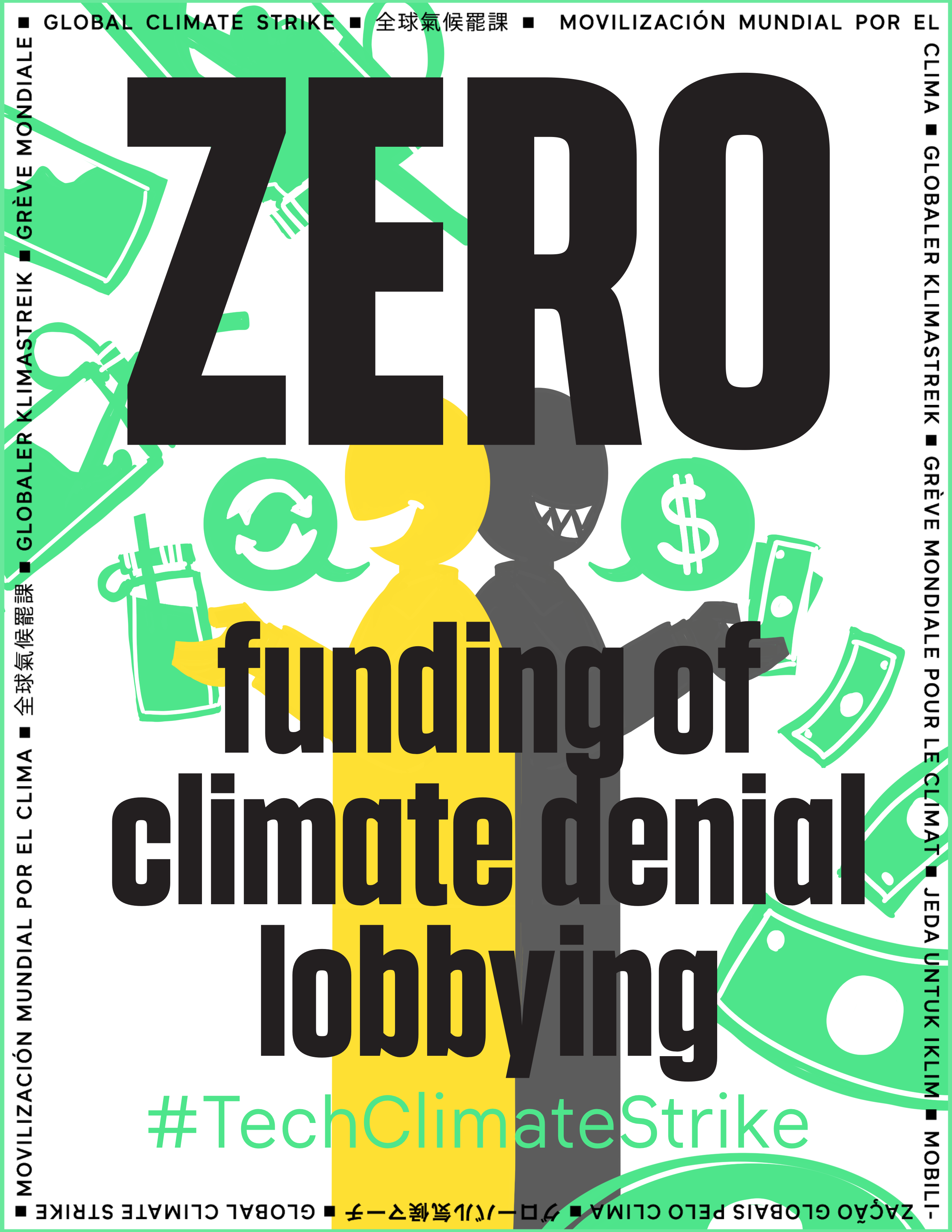 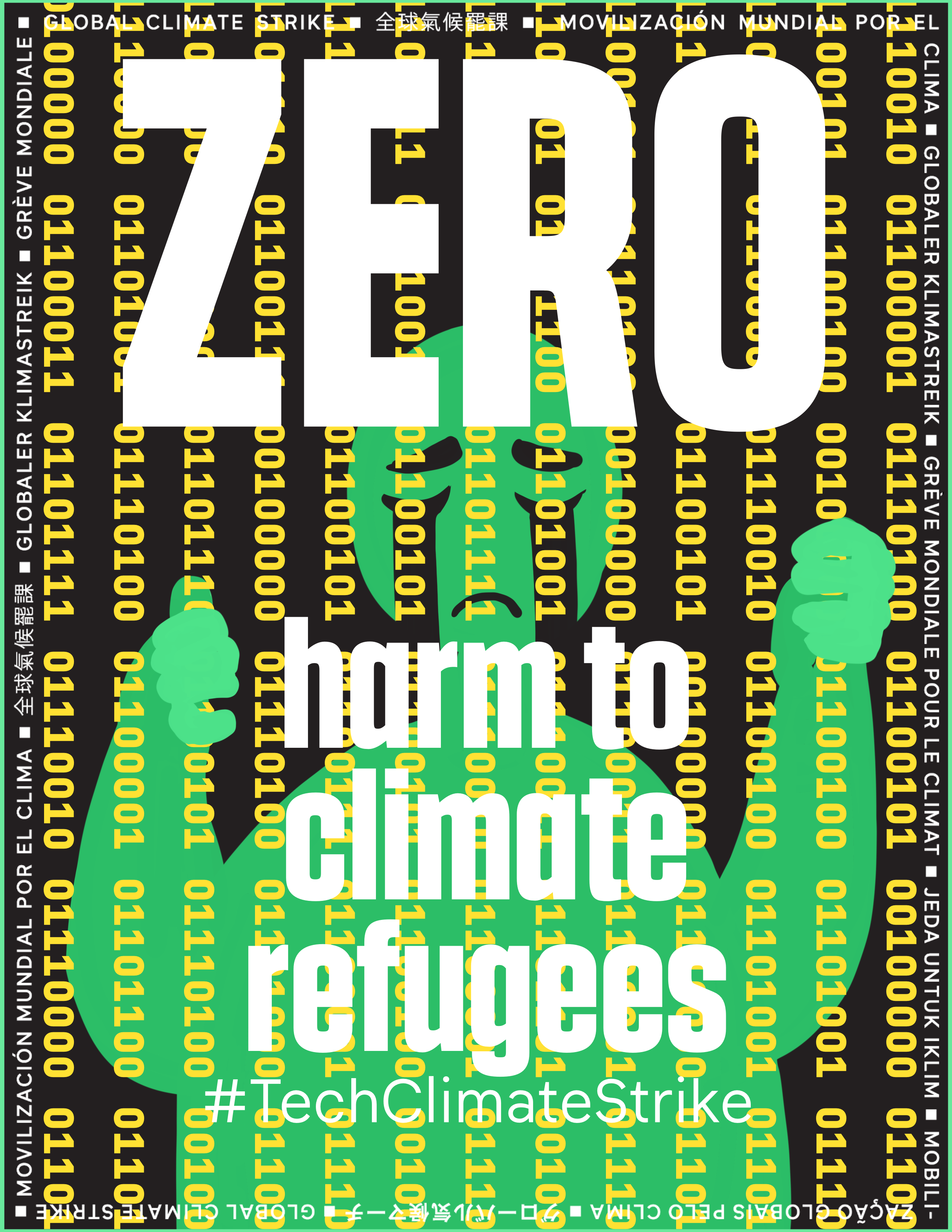 There’s a climate crisis and tech workers are walking out

On September 20th 2019, millions of people will mobilize across the globe in the largest ever #ClimateStrike, led by students, workers, and people who care about a livable future. As tech workers, we have a responsibility to hold our employers accountable and to be part of the solution, not the problem.

Here is how you can participate

The tech industry cultivates a “green” public image, but it is in fact a major contributor to climate change. Here are three ways tech is contributing to the climate crisis:

The tech industry has a massive carbon footprint, often obscured behind jargon like “cloud computing” or “bitcoin mining”, along with depictions of code and automation as abstract and immaterial.

In reality, tech’s computational infrastructure is estimated to emit as much carbon as aviation, representing a shockingly large percentage of global emissions. A recent study found that creating just one advanced AI model contributes five times as much carbon dioxide as an average American car over its lifetime, from creation to breakdown. And this doesn’t count the global supply chains and manufacturing needed to produce hardware and consumer devices, from mining to shipping to e-waste disposal. When we look beyond the hype, we see an industry hiding behind greenwashing and marketing, hoping its significant contribution to climate change will go unnoticed.

The big players in tech – specifically Google, Microsoft and Amazon – contribute to climate change through partnerships with the oil and gas industries. These three companies combined have billions of dollars of contracts with big oil. They license infrastructure, engineering resources, and AI capabilities to fossil fuel companies, promising to make extraction “more efficient”. At the 2018 Amazon re:Invent conference, Amazon hosted a session called “Predicting the Next Oil Field in Seconds with Machine Learning.” In the same year, Microsoft’s theme at one of its conferences was “Empowering Oil & Gas with AI”. Google now has an Energy division, created specifically to court oil and gas companies. This all translates to accelerating climate change, directly working against the goal of a livable future, which requires fossil fuel reserves remain unused and “in the ground”.

The environmental justice movement, backed by a mountain of data, makes it clear that people of color, poor people, and those living in developing countries are on the front lines of climate change. Extreme weather displaced a record 7 million people in the first half of 2019 alone. The recent devastation in the Bahamas and Puerto Rico are sobering examples, and the decision by the current US administration to deny temporary protected status to climate refugees from the Bahamas sets a chilling precedent. These are the communities that will need shelter and assistance from the countries and rich individuals who bear the most responsibility for carbon emissions. Instead, we see a pattern of exclusion and oppression emerging, aided by the tech industry.

Amazon, Palantir, and other companies are already selling technology that is being used to police, surveil, and track vulnerable communities in the US, and people seeking shelter and asylum at the border. These technologies are used to police and surveil frontline populations, and are a core part of an infrastructure designed to exclude those in need, and shield those most responsible from accountability.

We demand that our employers across the tech industry act with boldness and urgency, and commit to:

Companies whose workers are joining the strike